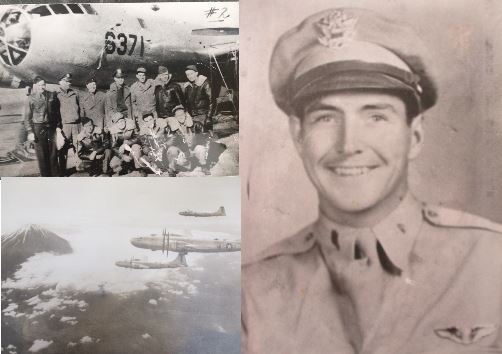 On this day in 1941, in the face of Axis aggression sweeping across Europe and Asia, Gen. George C. Marshall brought the the hopelessly disorganized US Army Air Corps under his command and transformed them into United States Army Air Forces. Through much trial and error, the USAAF established itself as an innovative, formidable, and integral branch of our military during the Second World War. In late 1944, as enlistments in the USAAF soared, our founder, David H. Sutherland began training as a pilot. He was soon assigned to the Twentieth Air Force, operating the most advanced aircraft in the US arsenal, the B-29 bomber. By the spring of 1945, he was flying his first combat missions in the Pacific. In total, he completed 13 missions over Japan before being recalled stateside to train new pilots.

At the height of enlistment, the United States Army Air Force had a strength of nearly 2.5 million men and accounted for nearly 10% of America’s armed forces. However, the combination of a fledgling air combat doctrine and the lack of defensive capabilities that characterized the war, resulted in the USAAF suffering the highest casualty rates among all American military branches.

Despite the horrifying losses, the organization’s leaders understood the still untapped potential of air power, and because of this, the USAAF was dissolved in 1947 and gave way to today’s modern United States Air Force. Today, the USAAF’s legacy is characterized by bravery, innovation, effectiveness, and even its ephemerality.